Marine scientists have replaced the name of starfish to sea star because the starfish is not a fish, it’s an echinoderm.

There are about 2,000 different species os sea star living in the oceans of the worls, but the most common is the five-armed sea stars. There are sea stars with 10 to 40 arms though. 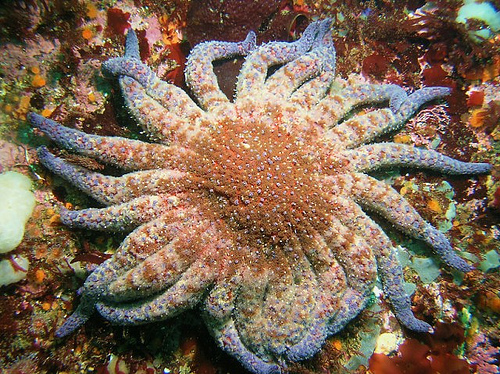 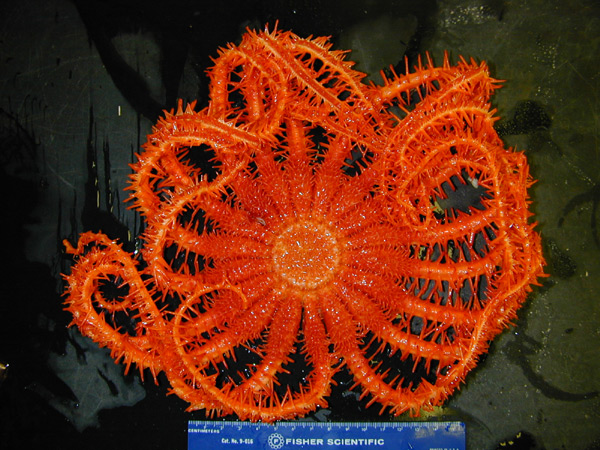 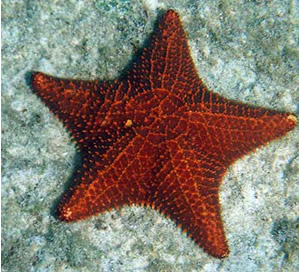 They have bony, calcified skin. There skin protects them from most predators. They wear many diffrent colors that camouflage them or scare off preditors.There are no freshwater sea stars, and only a few live in brackish water.

They have a very distinctive shape. Sea stars are famous for their ability to regenerate limbs, and sometimes there entire bodies. They accomplish this by housing most of their vital organs in their arms.

Some require the central body to be intact to regenerate, but some of them can grow an entire new body just from a portion of a severed limb.

Most sea stars also have the ability to consume there food outside their bodies. They use tiny suction-cupped tube feet. By using these they can pry open clams or oysters, and their sack-like stomach comes out of their mouth and oozes inside the shell. Then the stomach goes back inside and takes the prey in with it to digest it, and finally withdraws back into the body.

1. Star fish with fourty arms are called "Sun Stars".
2. They are usually five to ten inches long and and can weigh up to elevin pounds.
3. Their bodies are radially symetrical.
4. Star fish are carnivors, they usually eat clams, shells, and mussels
5. They have two stomaches, one that comes out for food that is to large.
6. Star fish mouth is one the bottom of its body and there butt is on the top side of there bodies.
7. Star fish tube like feet consisist of hundreds projections. These are used for walking and catching prey
8. Star fish do not have brains or blood.
9. The most common predators of the star fish are sea otters, rays, sharks, seagulls, and some fish.
10. Star fish can bread by themselvs or sith another male star fish. 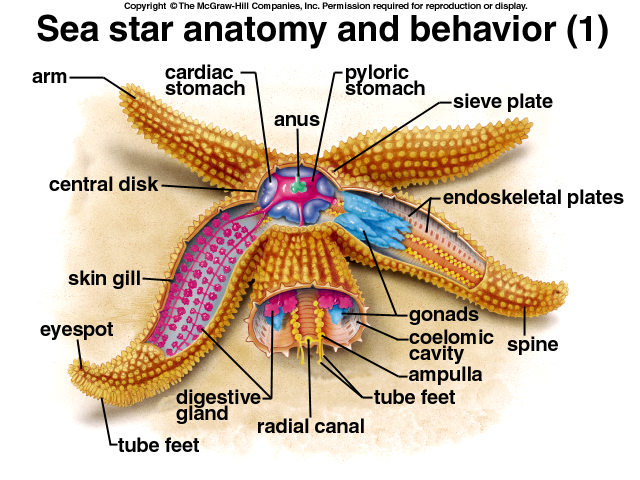 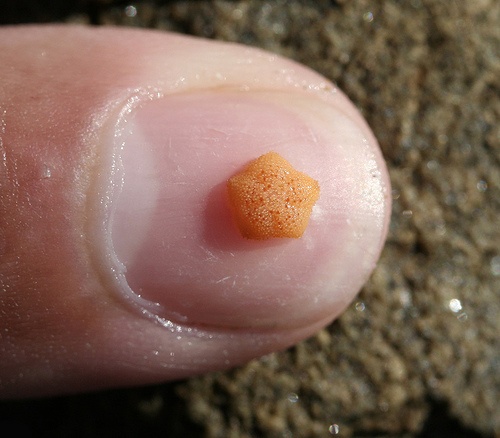 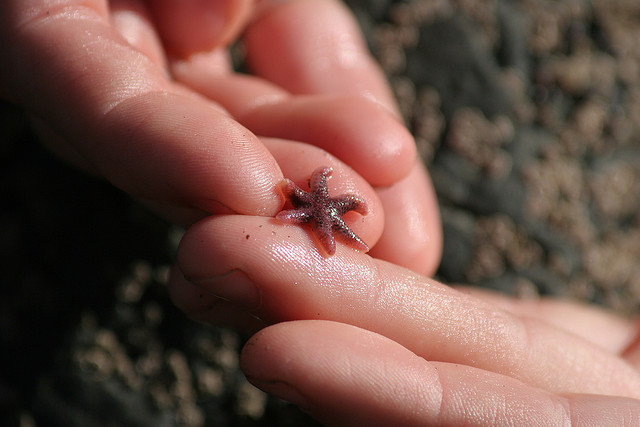 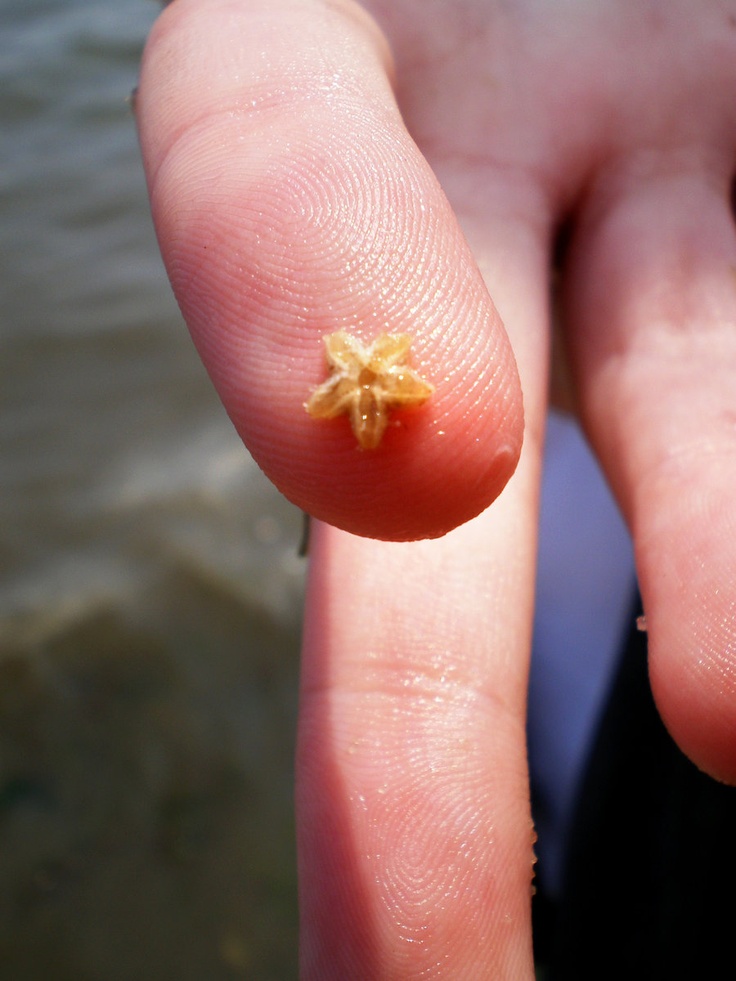